SKAGEN Focus: Digging for discounts in metals and mining

"A gold mine is a hole in the ground with a liar on top" –  Mark Twain's description captures the mistrust of an industry which has historically inflicted some of the largest losses on US investors, but it more accurately reflects one widely misunderstood due to its strong cyclical forces. 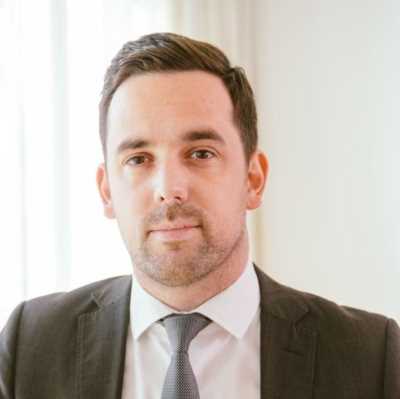 "A gold mine is a hole in the ground with a liar on top" –  Mark Twain's description captures the mistrust of an industry which has historically inflicted some of the largest losses on US investors, but it more accurately reflects one widely misunderstood due to its strong cyclical forces.

For SKAGEN Focus, cyclicality is a market phenomenon that can yield constant opportunities. Central to our investment approach is a longer-term, through-the-cycle perspective when assessing a company's earnings potential; something that many investors ignore but which has been a key driver of the fund's strong recent performance.

Many of us take mining for granted. In a world of mass consumption, we forget the extended value chains required to supply the commodities that enable everything from mobile phones to electric vehicles, as well as the infrastructure required to transport them.

Mining companies are generally price takers for the commodity they produce. Their operations require large investments in physical assets that take a long time to develop (often in complicated jurisdictions), while access to capital is often determined by the stage of the economic cycle.

This backdrop, combined with investors' time horizons becoming increasingly short-term, typically makes it very difficult for the management teams of mining companies to execute strategies that maximise long-term value. This creates an opportunity for active and patient investors like us, who can identify the necessary ingredients for long-run success and take advantage of the temporary market dislocations caused by the nature of cycles.

There are many ways for investors to gain commodity exposure, for example by buying the physical materials directly, via large cap mining companies or through lesser-known junior and mid-sized producers and developers. Our global mandate with a focus on smaller companies allows us to dig for opportunities in this lucrative latter area, where businesses tend to add most shareholder value as they transition from junior to mid-sized producers.

While the supply/demand dynamics for an underlying commodity play an important role in our analysis, we use it to determine where we are in the cycle, rather than to base our investment thesis around a specific price increase. We focus instead on areas such as through-the-cycle earnings potential, management, balance sheet strength, asset quality and positioning to determine mispricing in the market.

Commodities as an asset class tend to perform well during economic recovery when industrial production is increasing and the prospect of rising inflation is at the forefront of investors' minds. We have witnessed this to a certain extent over recent months.

Our aggregate portfolio exposure to Basic Materials is currently around 30%, which may seem high at first glance but the underlying companies are exposed to very different and uncorrelated fundamental drivers. For instance, if we look at our mining holdings, the various metals they produce have very different underlying drivers. Precious metals, such as Gold and Silver, are considered safe assets for storing value and tend to do well in times of macro-economic uncertainty, while demand for industrial metals, such as Copper, is ultimately driven by economic activity. Diversifying these exposures contributes to a well-balanced portfolio in our view.

At 6.1% of the fund, our largest position is Ivanhoe Mines, a Canadian mining company and owner of one of the biggest and greenest copper mines on the planet. We see massive growth potential following its first production of copper later this year. Ivanhoe will be an important contributor to future global supply, particularly as the world faces a substantial potential shortfall of the metal which is arguably the most critical for global economic development.

Despite the recent increase in the price of copper, many people argue that we might enter a new super-cycle given that the metal is a key ingredient in the green transition necessary to fight climate change. Ivanhoe has a unique set of stakeholders, all with strong incentives for success, which we believe reduces the unwarranted risk associated with the company. The share price trades 40% below net asset value (NAV), which is also a significant discount compared to peer producers, especially if the company's mineral reserves and high-quality assets are taken into account.

Another core position at 4.9% of the portfolio is precious metals company Roxgold, a significantly undervalued gold miner that operates assets in West Africa. Roxgold is a low-cost producer, generating substantial levels of free cash flow which enables the company to fund its own transformation despite the recent fall in gold prices. We expect Roxgold to be able to double production within three years as it moves from being a single asset to a multi asset operator, something which is highly impressive and rare among junior minors without the injection of new equity.

During the cyclical downturn of 2019, we were able to take advantage of the pressure on active funds to offload shares as money exited the sector and bought a sizeable stake in the company at an attractive valuation. Roxgold's share price still trades at a substantial discount to NAV and less than 4x its current cash flow.

Metals and mining are a good example of how cyclical forces affect perceptions of value and how our long-term, through-the-cycle perspective continuously uncovers opportunities for the fund to invest in. Given our unconstrained yet focused mandate, we can offer clients exposure to one of the most lucrative parts of this sector, through a responsible and active approach. We find that if one is prepared to dig below the surface, the nature of cycles and shortening time horizons mean that there is often significant value to be found.

What should investors consider during times of crisis and inflation?

Following a crisis-rich first half for 2022, we reflect on the nature of crises and the ...

The five forces driving the resurgence of value stocks

CIO Update: The power of dividends

How company pay-outs provide protection and prosperity in the current volatile environment.