The recent change in market backdrop has benefited growth-sensitive and cyclical assets as shown by value's continued outperformance of growth. With its clear value tilt, SKAGEN Kon-Tiki outperformed its benchmark by a wide margin in the first quarter. 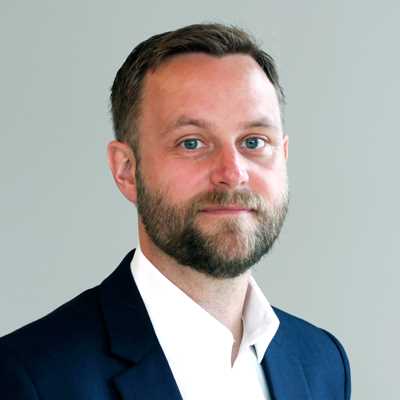 The recent change in market backdrop has benefited growth-sensitive and cyclical assets as shown by value's continued outperformance of growth. With its clear value tilt, SKAGEN Kon-Tiki outperformed its benchmark by a wide margin in the first quarter.

2021 got off to a good start as global equity markets continued their recovery from the COVID-induced sell-off in Q1 2020. Although news headlines remain dominated by infection rates and vaccine rollouts across the world, company reporting has generally been robust with many portfolio holdings preparing for improved operating conditions. The improved outlook is also increasingly reflected in the bond market, which has seen longer rates rise on the expectation of normalising monetary conditions and a potential acceleration in underlying inflation.

In terms of region, Emerging Markets underperformed Developed Markets as increased political and regulatory intervention led to selloffs in Brazil and Turkey as well as Chinese internet stocks. While SKAGEN Kon-Tiki was not immune to these pressures, the impact was contained through swift portfolio adjustments in line with our investment process.

SKAGEN Kon-Tiki's performance in the quarter was driven by some of our long-standing holdings where company-specific drivers continued to develop favourably. Indian crop protection company UPL rose as it reiterated its financial guidance and debt reduction plans for the year. We expect the shares to continue to re-rate as management rebuilds credibility following last year's governance and tax issues.

Naspers also contributed strongly despite Tencent facing potential regulatory headwinds as the holding company discount narrowed modestly. While the recent underperformance of Alibaba in the face of regulatory changes warrants caution, we believe that Nasper's 40%+ discount to its listed holdings offers significant downside protection. With management having taken numerous steps to reduce the discount in recent years, we continue to see material upside to the shares.

Brazilian retailer GPA has more than doubled so far this year as the market welcomed the spin-off of its highly regarded cash & carry operations Assai as a separate listed entity. Both companies continue to perform well and we expect the simplified corporate structure to better highlight the underlying values of the Group.

The biggest detractor during the quarter was Chinese financial conglomerate Ping An Insurance despite reporting solid financial results. We suspect the shares have been left behind during the recent rally as it is neither an obvious re-opening play nor a working-from-home winner. However, with strong underlying profitability and a long runway for growth, we consider the shares to be deeply undervalued at current levels.

As highlighted above, Turkish equities and the Turkish currency suffered a big drawdown during the quarter as President Erdogan fired the central bank governor following another rate hike. As a result, our position in Sabanci Holding suffered in line with the market. Political interference also re-surfaced in Brazil as president Bolsonaro forced the CEO out of the state oil company Petrobras. This also affected our position in Banrisul, which is controlled by the State of Rio Grande do Sul.

We made a number of changes to the portfolio during the quarter with the most notable of these in Chinese companies. We initiated a position in Alibaba Group on the back of significant weakness over the last six months as we expect regulatory pressures to abate, at least on a relative basis going forward. We also added West China Cement as we see improved competitive dynamics and disciplined supply in the regions in which it operates. Priced at 3x EV/EBITDA and with a 5% dividend yield, we see both significant re-rating potential and income support at current levels.

Another new holding with income support is China Mobile where capex discipline during the 5G rollout means the 6%+ dividend yield is sustainable, especially in light of the company's significant net cash position.

Outside of China, our most significant new holding is Brazilian pulp producer Suzano, which we expect to de-lever rapidly on the back of improving commodity prices. The company is the world's largest producer of hardwood market pulp, a key ingredient in tissue and other forms of paper.

As previously communicated, we exited a number of cyclical holdings such as Lundin Mining and Micron as they reached our target prices, as well as Petrobras on the aforementioned government intervention. As a result, the portfolio now consists of 50 companies, up from 48 at the end of 2020.

Through disciplined selling and making good use of our robust pipeline of attractively valued opportunities, the portfolio has maintained its value characteristics while delivering strong returns. Based on our proprietary estimates, the portfolio trades on 10x current year earnings and 1.1x P/B while offering a near 3% dividend yield. This represent a discount of approximately 40% relative to the MSCI EM index. Given improving fundamentals and the still significant valuation discrepancy between growth companies and value companies, we believe SKAGEN Kon-Tiki continues to offer attractive upside for long-term investors.

"You have to dare to be contrarian and look for the really good bargains. That is where the great ... Read the article now arrow_right_alt
More about Emerging Markets

Like most regions, emerging markets have been an unhappy hunting ground for investors in 2022. ...

As active investors in Emerging Market (EM) equities, we see an opportunity to positively influence ...