ESG in the Nordics

SKAGEN Vekst considers ESG factors to be an essential part of our research process, in the same way that we analyse all elements which could impact a company's fundamental value. 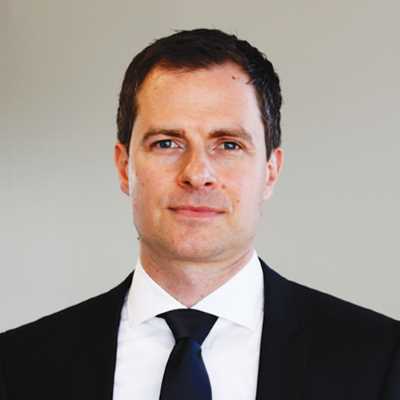 SKAGEN Vekst considers ESG factors to be an essential part of our research process, in the same way that we analyse all elements which could impact a company's fundamental value.

We believe many investors currently have an overly simplistic approach to ESG which focuses predominantly on a company's current sustainability rating, rather than expected improvements in ESG factors. In addition to ensuring that our holdings meet SKAGEN's existing ESG requirements, our research almost entirely focuses on the future. Our view is that ESG is no different to other components of valuation; what is already known is typically reflected in the share price and it is the factors that change future earnings and/or risk premiums that drive fundamental value creation.

In this regard, the Nordics are a fantastic hunting ground for unappreciated long-term ESG winners in what are often perceived as problem sectors. The Swedish specialty steel company SSAB is a good example. It operates in a typical "problem" sector but scores significantly better than peers on most ESG parameters. Importantly for us, this aspect is not captured in either future earnings estimates or the current risk premiums (the stock trades on the same implied cost of capital as its peer group).

In terms of future earnings, we believe the continued focus on the environment and associated changes in taxation, such as carbon taxes, should allow companies producing "greener" steel to charge a premium price for their products. However, future earnings estimates suggest that the market currently fails to recognise such premiums, which means that this could be a significant share price trigger for SSAB.

On a similar note, we believe that ESG investing will become more refined as it matures. Instead of simply labelling sectors as either good or bad, investors will start to focus on individual companies making real ESG improvements. This should result in lower risk premiums for companies such as SSAB. Firstly, its new production technology would make a real difference from an environmental perspective. Secondly, it will reduce the risk of SSAB being subjected to higher taxation as well as the substitution threat from more environmentally friendly products.

Important to be selective

This doesn’t mean we won't invest in obvious ESG winners, but we will remain selective as a higher sustainability rating is often reflected in a higher share price. Here, the IT sector offers an important lesson. While its eventual development met and arguably surpassed even the most bullish projections made in 2000, the majority of the largest IT stocks performed poorly over the following 20 years. We think the market is making a similar mistake today for many environmentally focused companies.

It is still early days for many "green" sectors and the current pioneers are by no means certain to be the long-term-winners, as investors in many fledgling technology companies painfully discovered. While the market was correct in forecasting massive overall growth, it similarly failed to see how competitive pressure would lead to minimal value creation and often destruction for many companies in the process.

One green champion that has made its way into the SKAGEN Vekst portfolio is the Danish windmill producer Vestas. However, we do not own Vestas for the significant growth expected in the windmill sector – everyone can see this and it is fully reflected in current earnings estimates. Instead, we invested as we see similar characteristics to those we saw in Samsung Electronics 20 years ago. Vestas has an established technological advantage over its peers and is the only company currently making money in this fast-growing industry.

Importantly, its larger scale and stronger balance sheet enables Vestas to vastly outspend competitors in R&D. On the back of this, we expect the company to continue strengthening its competitive position, leading to continued market share gains and ultimately industry consolidation – something that is not reflected in the current valuation.

It is also useful to remember that the manufacturing of windmills is a commodity business with low margins and a fairly high degree of cyclicality. However, Vestas' service business is a completely different story with high margins, low capital intensity, and high visibility due to long contract structures. As the service business becomes a larger part of total earnings in the coming years, we expect the market to reward Vestas in the form of a higher earnings multiple.

In conclusion, while the green revolution will expand Vestas' market opportunity significantly, the incremental share price appreciation will come from earnings upgrades and lower risks, driven by industry and competitive specific factors – like in any other sector.

Read about ESG in Emerging Markets

Consistent with SKAGEN Kon-Tiki's long-term investment approach in emerging markets, ESG considerations have been part of our fundamental research process when picking portfolio companies, long before ESG became a buzzword.

Real estate is of growing importance to society, both in terms of how the built environment tackles ... Read the article now arrow_right_alt
More about Sustainability

SKAGEN has committed to joining the collective global effort to reduce greenhouse gas emissions. In ...

At SKAGEN, we strive to be a diverse and inclusive company since we are convinced that this will ...

You are now subscribing to SKAGEN's newsletter
Oops! We have encountered an error. Please try again later.